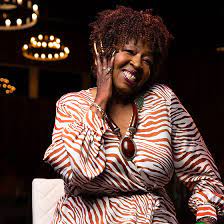 The Dynamic Miss Faye Carol is one of the premiere vocalists of her time. Her unique style and gift of connecting with her audience is astonishing. Arranging jazz standards and other popular songs in her own way, is nothing new to Miss Faye. She began this decades ago, well before mixing genres such as hip-hop & jazz were so widely embraced. This Bay Area living legend remains true to her Mississippi roots infusing the blues into everything from Cole Porter to Michel Legrand songs. She began singing while still a young girl in Meridian where her grandmother recognized her gift & kept her involved in school & church events. After relocating to Pittsburg, CA she became immersed in gospel music, touring nationally with The Angelaires. Miss Faye made her name singing with Oakland blues and funk legend Johnny Talbot & De Thangs on Oakland’s innovative 1960s funk scene before forming her own trio and gaining fame in San Francisco’s jazz, blues, and cabaret clubs of the 1970s and 80s.