Macy Blackman and the Mighty Fines 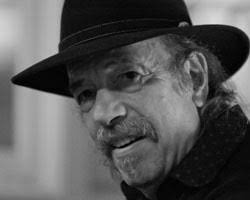 Hearing Macy Blackman is like stepping into an uptown New Orleans club such as the Dew Drop Inn circa 1955.

Born in 1948 in Wilmington, Delaware, Macy spent his formative years in the Philly area. While in high school he formed The Evergreens, a band which specialized in
backing up classic R&B groups such as the Orlons, and Lee Andrews and the Hearts.

He moved to New York City in 1966 where he lived until 2000, playing in every imaginable capacity.

From the mid 70’s on he specialized in New Orleans R&B because of a friendship with one of its masters, drummer Charles “Hungry” Williams. Through Charles he met and performed with Mac Rebenneck (aka Dr John). Macy also played with a wide range of musicians regularly backing up The Drifters and The Coasters.A renowned musicologist, Macy moved to San Francisco in 2000 to teach courses at UC Berkeley.

The Mighty Fines’ music forges a synthesis between early New Orleans Jazz and the R&B of the early ’50’s. The versatile musicians also play swing and bebop.