Nicolas Bearde and His Trio 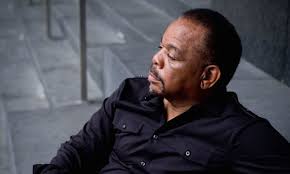 “BEARDE’S INTERPRETATIONS ARE AS AFFECTING

AS THEY ARE ELEGANT…”

Recording artist, Nicolas Bearde is an award winning vocalist, whose silky baritone sound, wit and engaging rapport draws the audience into his live performances. Nicolas has 6 CD’s out on his own label, Right Groove Records. His most recent album, “I Remember You : The Music of Nat King Cole” released on August 30, 2019, featuring special guest and sax great, Eric Alexander, rose quickly to the Top 20 on the Jazz Week Charts, garnering rave reviews at home and abroad.

Born and raised in Nashville, TN and singing as long as he can remember, Nicolas’ love of Jazz and R&B classics can be laid at his mother’s feet.  He remembers: “My Mother and her crew loved to have card parties, listen to late night radio, finger-pop, whoop and shout “Honey, hush” while listening to Billy Eckstine and Cab Calloway, And… Oh how they loved a good ballad!!”

Nicolas first made his mark in the world of jazz as an original member of Bobby McFerrin’s  innovative a cappella ensemble, “Voicestra” (1986-2005), while carving out his own distinctive solo career.  With classic performances and innovative interpretations of jazz standards and blues – Nicolas is the definitive jazz romantic. He’ll steam you up with an original soulful song like Love Me, pull you into the nuanced emotion of a classic Bill Wither’s tune, Can We Pretend, or captivate you with a stirring rendition of Naima, a John Coltrane ballad.

In the early 80’s  he became part of “Jukebox”, a  staged, radio play starring Danny Glover. At Glover’s recommendation, Bearde began studying with renowned acting teacher, Jean Shelton, and a year later, he went out for his first audition and was cast in the Athol Fugard play “Master Harold”…and the Boys. His accent and portrayal was so convincing, that his South African cast mate asked what part of Africa he was from. He went on to do 3 more plays that first year, and knew he was on a new path. Even as Bearde concentrated on acting – first theatre, then expanding into film ( Final Analysis w/Richard Gere and Kim Basinger, True Crimes w/Clint Eastwood), and television ( Nash Bridges and Monk) , music continued to be his dominant muse.

During that same time period, he hooked up with singer Molly Holm and her 8 member group “Jazzmouth”, that was known for their vocal improvisation and close harmonizing. Through that relationship with Molly, he became connected to Bobby McFerrin, and in 1986 became part of Bobby’s ground-breaking a cappella group. After an arduous series of auditions and performances the group jelled in 1989, with Bearde on board. Today that entity is known around the world as   “Voicestra”

When Bobby decided to take a break from the group in the mid-90’s, Bearde and other members of “Voicestra” branched off into a smaller unit, and named themselves,  SoVoSò. “We followed in the improvisational tradition of “Voicestra”, but added more gospel, Latin and R & B elements,” he says. SoVoSò went on to win numerous awards and honors, among them 1st-place at the renowned a cappella summit CASA awards, and nominations for “Best Group”, “Best Album” and Nicolas as “Best lead vocalist“. Throughout the 1990’s, while developing his acting skills and sideline, and participating in the a cappella adventures of” Voicestra” and SoVoSò, Bearde continued to do his solo thing.

Nicolas started Right Groove Records in 1997 in order to launch his solo projects, starting with “Crossing the Line“. The album was a superb showcase for Nicolas’ songwriting skills as well as his masterful singing, and it landed in the Top 10 on British Soul charts, garnering glowing reviews on both sides of the Atlantic.

Nicolas Bearde and His Trio
Scroll to top