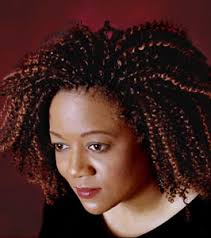 PAULA WEST is an American jazz and cabaret singer known for her rich, powerful contralto voice and for her highly nuanced interpretations of an extraordinarily eclectic selection of songs that range from the Great American songbook to reinterpretations of songs by artists such as Bob Dylan, David Bowie, Lou Reed and Johnny Cash.

Ms. West has performed predominantly in clubs in San Francisco and New York, with additional performances in Philadelphia, Baltimore, and select European cities.  Her nights at the Algonquin Hotel’s famed Oak Room earned her three straight New York Magazine Nightlife Awards as “Outstanding Female Jazz Vocalist.” The New York Times has been particularly vocal in their praise for Ms. West, singling out her “thickly textured voice [that] has ripened into a driving expressive force” and an “ever-deepening feel for the blues.” Ms. West has recorded four albums (three studio and one live), including: Temptation (1997), Restless (1999), Come What May (2001), and Live at Jazz Standard (2012). In February 2013, Ms. West traveled to New York to appear with Wynton Marsalis and the Jazz at Lincoln Center Orchestra to perform in Blood on the Fields for which he won a Pulitzer Prize.
Ms. West has been praised for her willingness to creatively re-imagine the standards that she does perform, and an eagerness to identify worthy songs not usually found within the jazz/cabaret repertoire.