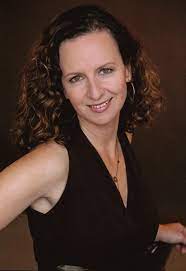 Once in a while, an artist is born with an inexplicable connection to a culture far from the artist’s origins. Such is the case with Sandy Cressman. Born in New York City of American parents, but with a Brazilian heart, Cressman began her recording career with the highly acclaimed vocal trio Pastiche, with whom she recorded three CDs, “That’s R&Bebop” (Pony/Canyon/Nova) “Remember That” (BluePrint), and “Pastiche”(Summit).

While many an American jazz singer flirts with the Brazilian Songbook, Sandy Cressman made a name for herself as a true devotee of the country’s greatest contemporary composers, interpreting songs by post-bossa masters like Milton Nascimento, Hermeto Pascoal, Gilberto Gil, and Filó Machado in Rio-accented Portuguese. Cressman began her love affair with Brazilian sounds. Already intrigued by the music of Flora Purim and Airto, Milton Nascimento, and Tania Maria, she was totally captivated by a tape of the funky Brazilian singer/songwriter Djavan she heard while touring with Pastiche in Japan. In the mid-’80s, she began studying Portuguese and Brazilian percussion at San Jose State, where she majored in vocal jazz. By the early ’90s, Brazilian music had become such an important part of Cressman’s life that she listened to Dori Caymmi albums while giving birth to her two daughters.
Sandy has lent her vocals to a number of notable artists’ recordings, including: