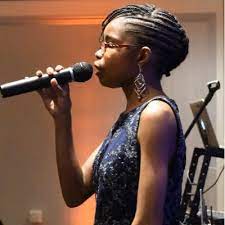 Stephanie Woodford is a jazz and pop musician, singer, and composer. She is a graduate of both the San Francisco Conservatory of Music Preparatory Division and also St. Ignatius College Preparatory High School. She has a degree in music from City College of San Francisco.

Stephanie was also selected by the San Francisco Mayor’s Office to provide music for their documentary about the IPO program, which assists formerly incarcerated young people in their reentry to society.

In February 2019 and February 2020, Stephanie was selected by the UCSF Black Caucus to provide music for the annual Black Caucus Gala at the Grand Hyatt in San Francisco.

Noah Frank, AKA Herbie One, is a jazz trumpeter, composer, producer, engineer, and DJ from SF. He has worked with Chance The Rapper, Mr. Carmack, Saba, Chuck D (Public Enemy), Pep Love (Hieroglyphics), Binary Star, and Mellow Man Ace (Cypress Hill). His band, Sueños, has performed at the Fillmore St. Jazz Festival in SF and the PDX Jazz Festival in Portland, as well as Helb Alpert’s Vibrato Jazz Club in LA and Paris Bistro Jazz Club in Philly. Recently, Noah recorded horns for Saba’s chart-topping rap album “Care For Me’.