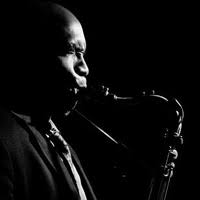 James Mahone is an active performer and instructor. He began his musical journey almost 30 years ago in Monterey, California, soaking in the influence of its rich music scene. He went on to California State University Northridge to study classical and jazz saxophone under Bill Caulkins, and participated in the university’s award-winning wind ensembles and jazz big bands.

Upon leaving CSUN, James became a fixture on the Los Angeles music scene and was a member of the acclaimed jazz quintet Black Note, who recorded albums for the Columbia and GRP/ Impulse record labels. As a member of the group, James spent several years performing up and down the West coast, eventually moving on to national and international destinations. He has performed in many major jazz festivals (Montreal, North Sea, Pori, Umbria, etc.) and worked with many of today’s top- tier musicians.