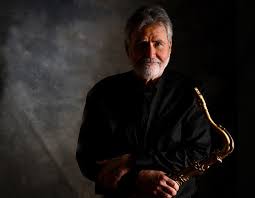 Michael O’Neill is a mainstay on the San Francisco Bay Area jazz scene.

After receiving his bachelor’s degree, O’Neill began a career in biology and soon went on to graduate school to pursue a Ph.D. in Insect Physiology at Texas A&M University. But music remained a powerful draw, and when he wasn’t studying, he was playing gigs around town. After two years of graduate school, he finally decided to pursue his real passion and dedicate himself full-time to music. He moved to the San Francisco Bay Area and began studying with the great Joe Henderson while playing in dance and salsa bands as well as  jazz gigs in local clubs.

It didn’t take long for O’Neill to make a name for himself. He signed on to several steady, high-profile gigs including a 13 year engagement at the Ritz Carlton in Half Moon Bay, a 7 year stint at Cetrella on the coast, and a 6 year steady gig at the Sofitel on the San Francisco peninsula. He has played and/or recorded with Idris Muhammad, Joe Locke, Geoffrey Keezer, Michael Wolff, Rodney Jones, Kenny Washington, Jackie Ryan, Tony Lindsay, Akira Tana, Michael Bluestein, Nicolas Bearde, Smith Dobson, and many others. He performs frequently at  all the major venues in the Bay Area.