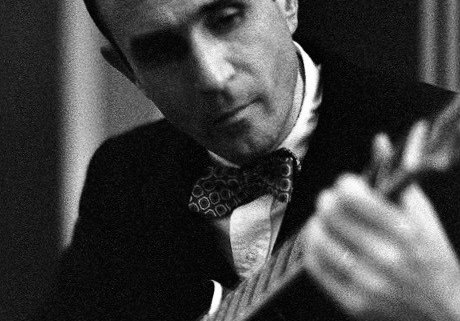 A lifelong West Coaster, Nick was born in San Diego, raised in Los Angeles, and has spent the past 30 years in San Francisco. He began playing guitar at the age of 13 and started off by studying with the obscure surf/instrumental guitarist Johnny Fortune. After a move to the Bay Area, Nick immersed himself in the local R&B scene and rose to prominence as a member of The Loved Ones and Ron Silva & The Monarchs. He eventually stepped out to front his own group, the Nick Rossi Set, to local, national, and international acclaim, gradually embracing more and more of a jazz repertoire.

In 2007, Rossi refocused his attention on jazz guitar and dedicated himself to the history and development of the instrument from the 1920s through the 1960s. He studied with Calvin Keys (himself once a student of Irving Ashby) and performed in a variety of jazz-based Bay Area ensembles. Over the past 10+ years he has led a number of his own combos, specializing in classic jazz inspired by his heroes. He also fosters an interest in Italian-American string, modern classical, Western, and Hawaiian music from the first half of the 20th Century.

Nick is also an accomplished painter; an enthusiastic, seasoned traveller; and, during normal times, typically well-dressed; all of which reflects his long-standing interests in art, culture, and style.